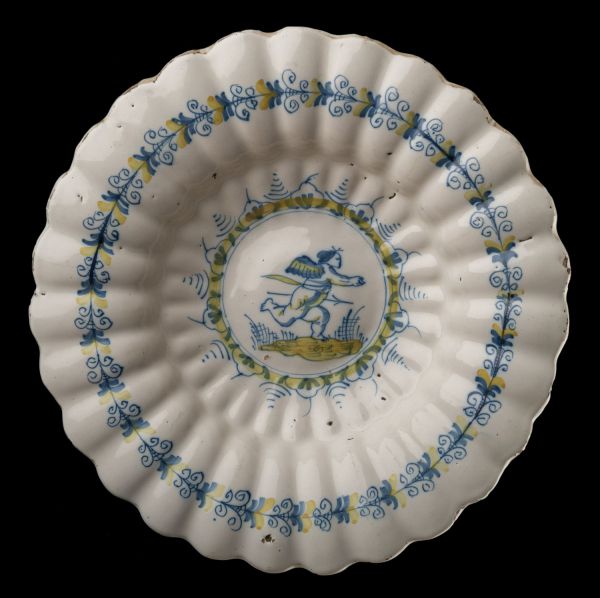 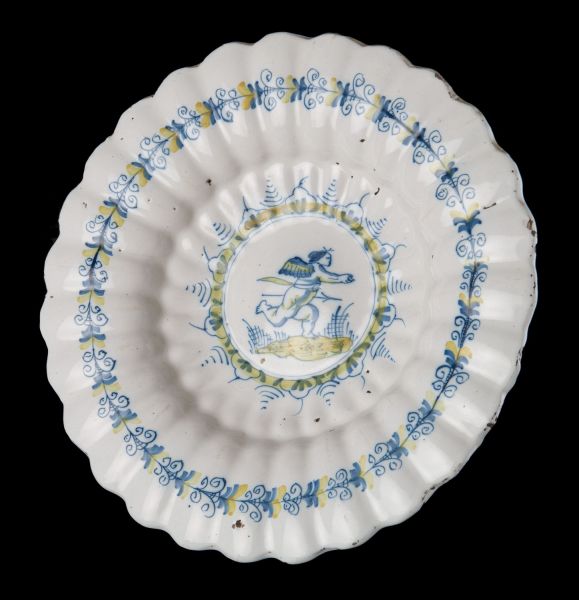 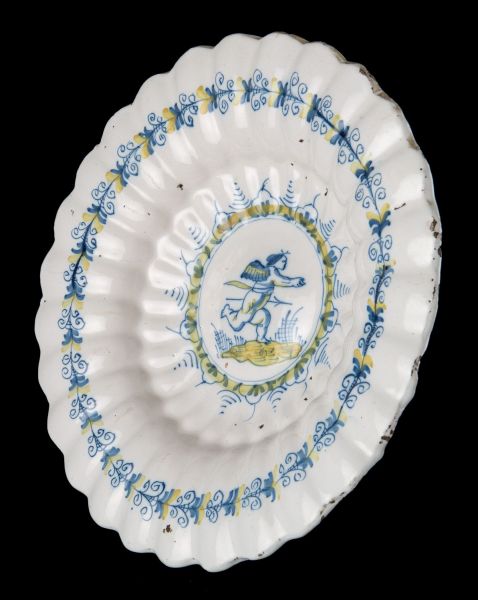 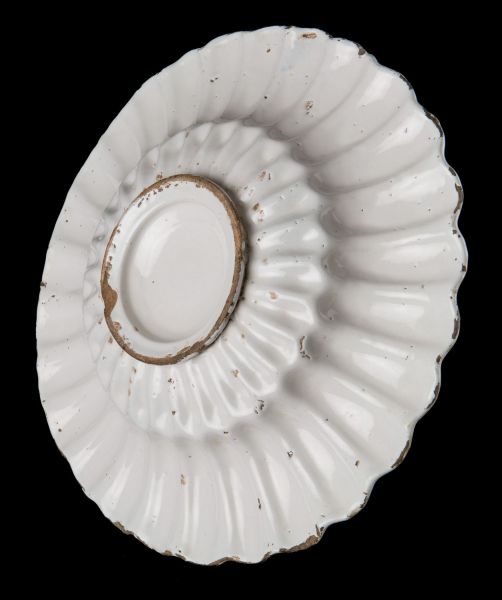 Lobed dish with putto in blue and yellow

The lobed dish is composed of twenty-seven double lobes and is painted in blue and yellow with a running putto with a spear. The depiction is framed in several circles and a band of stylized floral ornaments. An aigrette motif is applied in the border.

Explanatory note
Traditionally this type of lobed dishes are attributed to Haarlem, but they may also have been made in Delft and Harlingen. The production of lobed dishes in The Netherlands began under influence of French imports from Nevers and Rouen in the first half of the seventeenth century (Jaspers). The decoration, however, testifies to Italian influence. A sketchy painting in a few colors (mainly blue and yellow) was developed in Faenza in the second half of the sixteenth century. It is called a compendiario, which means sketchy, and was a reaction to the full and overall painted plates and dishes from the first half of the sixteenth century. Both the aigrette motif and the putto are copied from Italian examples.