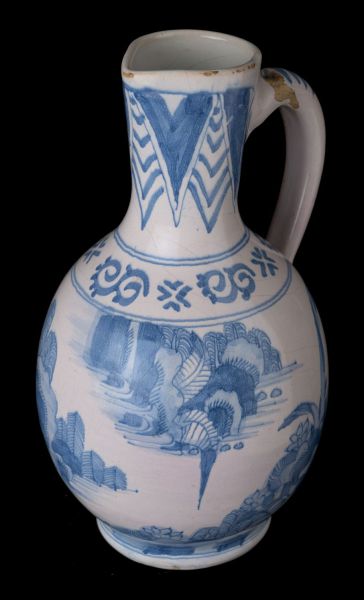 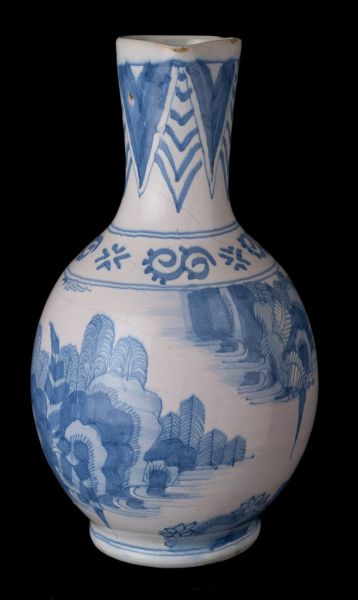 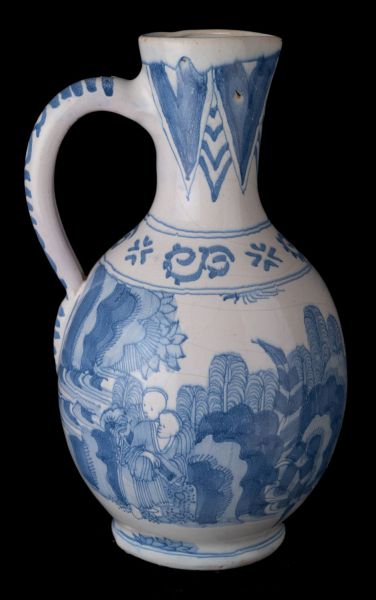 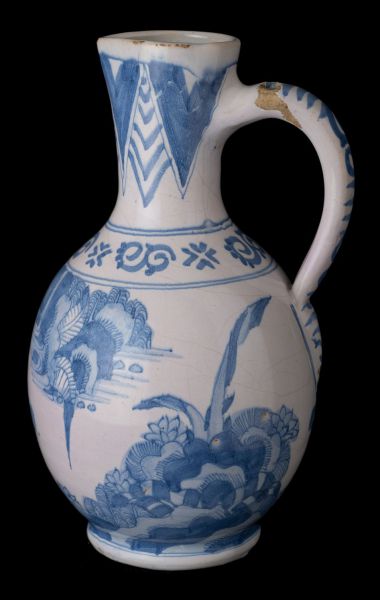 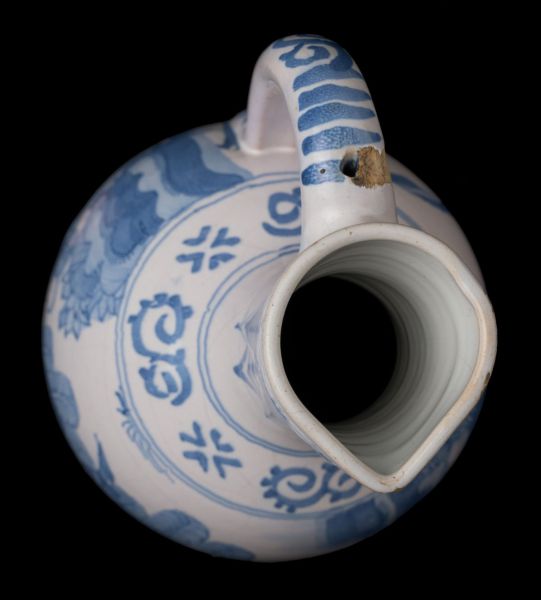 The ovoid-shaped wine jug stands on a waisted foot and has a slightly conical neck with a spout and an ear-shaped handle that ends in a rat tail. The top of the handle is pierced for a metal mount. The jug is painted in blue with two Chinese figures in an oriental rocky landscape. The shoulder is decorated with a band of scrolls and ornaments. The neck has two types of pointed ornaments, the handle with scrolls and stripes.